The construction sector is one of the largest in the global economy with construction-related spending around $10 trillion annually. However, it has suffered for decades from remarkably poor productivity compared to other sectors.

Labour-productivity growth in construction has averaged only 1 per cent a year over the past two decades (and was flat in most advanced economies). Contrasted with a growth of 2.8 per cent in the global economy and 3.6 per cent in manufacturing, this clearly indicates that the construction sector is underperforming.

Current measurements find that there has been a consistent decline in the industry’s productivity since the late 1960s. While manufacturing and other industries have made significant progress in the use of digital, sensing and automation technologies, construction remains largely manual.

Automation of concrete construction has been a long-held dream. A dream that can be traced as far back as Thomas Edison’s attempt to create a machine to build a concrete house in a single pour, which he patented in 1917. Edison spent as much time with his concrete building machine as he spent with his more successful inventions such as the motion picture, the light bulb and the photograph. It was a well-documented failure due to unsolved concrete technological challenges. As many of us know, concrete is a complex material that appears deceptively simple to the novice.

However, the promise of 3D concrete printing technology to transform the construction industry is real and achievable.

Unlike the conventional approach of casting concrete into a mould, 3D concrete printing combines digital and materials technologies to allow free-form construction without the use of formwork. This concept involves adding the material layer-by-layer, offering the ability to build components that are otherwise impossible or too expensive to build.

Engineering and architectural designers are currently constrained to rectilinear designs due to the requirements of formwork systems. Formwork accounts for approximately 60 per cent of the total cost of concrete construction and represents a significant source of waste, given that all of it is discarded sooner or later, contributing to a generally increasing amount of waste worldwide.

3D concrete printing will provide the freedom to produce a structural component independent of the shape.

It has the potential to make a major shift in quality control in construction automation, since machines are better at performing repetitive tasks with high accuracy.

Pouring concrete into formworks also limits the creativity of architects to build in various geometries or pay for expensive bespoke formworks.

Free-form additive construction can enhance architectural expression, where the cost of producing a structural component will be independent of the shape, providing much-needed freedom from rectilinear designs.

The team at Swinburne has adapted an existing 3D printing machine to use cement materials combined with fine aggregates to build 3D structures. By choosing the correct particle size distributions and binder deposition methods Swinburne has demonstrated how various technical hurdles can be overcome.

The team has also demonstrated that Geopolymers produced from industrial by-products are a sustainable alternative to the Portland cement system. Geopolymers are also more suitable for the 3D printing process and can strengthen concrete through post-processing methods.

This article is written by Jay Sanjayan
Read the original post here. 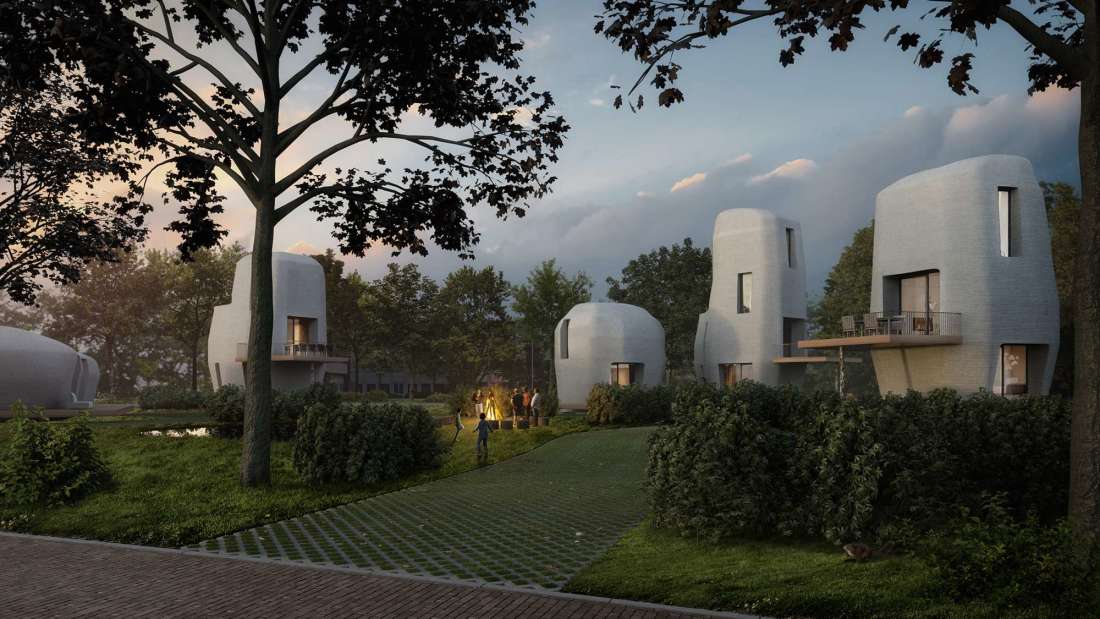